Domestic violence deprives a woman of a life free from torture, a right to choose to have a family and private life and strips the victim of their right to a life of dignity. Even though the European Court of Human Rights passed its first case admitting domestic violence to be a violation of human rights, as provided for implicitly in all international human rights conventions, in the year 2007, the European Court of Human Rights has since created jurisprudence and several precedence acknowledging domestic violence to be a Human Rights Violation. With the interpretation of Article 3 of the ECtHR, numerous cases have proven that a vulnerable community or person can approach the court stating that as their life was endangered and no action was taken post the knowledge of the fact, a violation to their safety was made. It will hence be the duty of the European Court of Human Rights to verify if the victim is a vulnerable entity and if there was misconduct on part of authorities in addressing their concerns.

Article 2 of the ECtHR provides the right to life, Article 3 provides to be free from torture or degrading behaviour and article 8 provides for right to respect for private and family life. In the case of Opuz v. Turkey, the victim stated that her partner abused her and her mother torturing them to the extent that it led to the death of her mother and severe mental trauma to her. The court noted that on acknowledging article 2 and 3 where torture was fulfilled, had the local authorities taken action swiftly, there was a possibility that her mother wouldn’t have lost her life. Further this court set a jurisprudence that lies true for multiple cases where such ignorance happens leading to a violation of Human Rights. The victim mentioned that as a violation of Article 14 of the ECtHR that prevents discrimination of a person, the authorities have statistically acted passively towards complaints of domestic violence and torture towards women portraying a bias.

Further the ECtHR passed various judgements portraying the same such as Kontrova v Slovakia, Bevacqua and S v Bulgaria, E.S. and Others v Slovakia, A v Croatia and Hajduova v Slovakia. In July of 2011 the first case from the United States of America had a case filed against it with respect to a violation of human rights with respect to domestic violence. The Inter-American Commission on Human Rights referred to the jurisprudence of the European Court of Human Rights and passed the judgement in the case of Jessica Gonzales v. United States.

Even though it is commendable that the ECtHR has passed such judgements and set such precedence, the ones made mainly talk about the shortcomings of the local authorities or governments. In the 2014 case of Rumor v. Italy, the court wasn’t able to make any changes with the local body as they had taken steps by arresting the convict and kept him on house arrest. The failure was when they didn’t inform the victim of doing so which caused her trauma when she was threatened via calls by her abuser. Hence changes mustn’t solely be made on grounds of local authorities but on a societal ground.   The court needs to create mandatory orders for social support, such as financial resources, refuge accommodation and housing, that are most needed by victims. If the judgment is based off of the vulnerability of the victim the Court must place positive obligations on states with respect to these unseen issues. Further apart from the court, a social change is needed in the mind sets of communities where the normalisation of domestic violence is considered a crime as staying silent in such matters is supporting the wrong side. 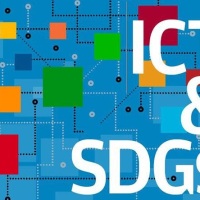